On the judging panel for heat twelve were Mickie Most, Ted Ray, Jack Parnell and Clifford Davis.

The seven acts were;

The winning act was the comedy duo of Paul and Barry Harman beating the other sibling act on the show, the Naden Brothers, by just one point. They would later find fame as the children’s entertainers The Chuckle Brothers.

The Naden Brothers, from Burnley, had twelve months earlier lost all their equipment in the Isle of Man, Summerland disaster, where 50 people lost their lives in a horrendous fire at the Douglas entertainment venue.

Following their appearance on New Faces they were signed by agent Norman Teal for a sixteen week summer season, appearing with Derek Batey in the Mr. & Mrs Show at the Central Pier in Blackpool.

Opera singer Len May sang ‘In The Beginning’ accompanied at the piano by the song’s composer, Vic Dawton. 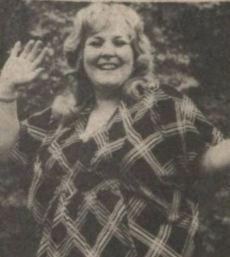 Billed as ‘Scotland’s Mama Cass’, Jess Wilson was a country girl from a small tucked-away village in Scotland but when it came to singing she was influenced by blues and jazz American artists.

Aged just twenty-five, Jess had been semi-professional since the age of seventeen and finally made the decision to go pro two years before her New Faces appearance. Before her TV appearance Jess had been enjoying extensive cabaret appearances up and down the country.